The Avon Lake Concert Band is the largest concert ensemble in the instrumental music department, consisting of 80-90 student musicians. The students, grades 9 through 12, play a variety of literature, and rehearse daily. The Concert Band combines with the Symphonic Band to form the Marching Shoremen each fall. 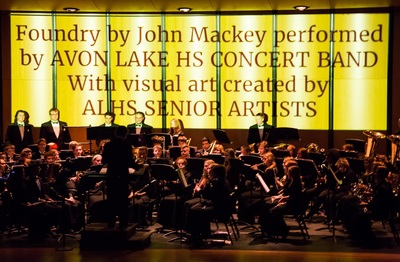 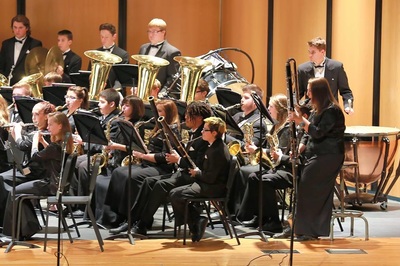 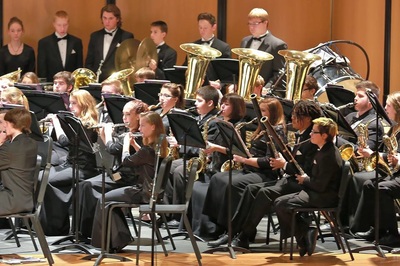 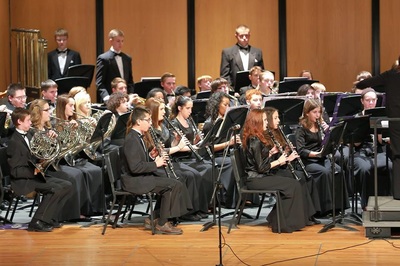 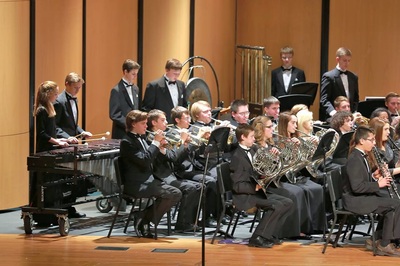 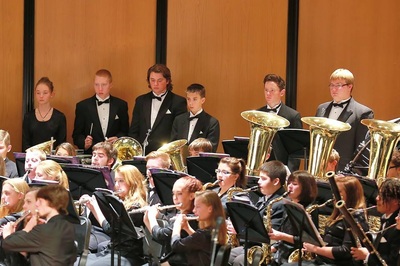 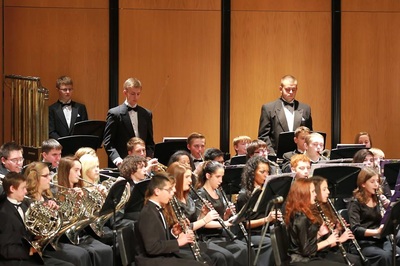 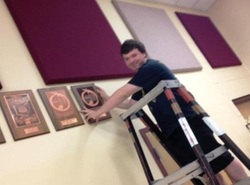 ANOTHER PLAQUE ON THE WALL
The Avon Lake Concert Band did it again, bringing home another Superior Rating plaque from OMEA State Finals! Placing the plaque in its position of honor is senior Justin Donovan, first chair trumpet in the Concert Band. Justin did some research and said this was the first time ever that the Avon Lake Concert Band earned a Superior Rating at state two years in a row. The eighty-seven member ensemble played some great music this year and they were also outstanding in the sight-reading room. Kudos to the students in the Concert Band. Make it a "three-peat" next year! 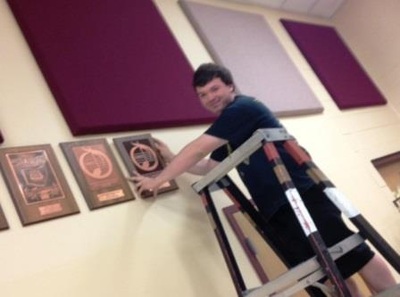 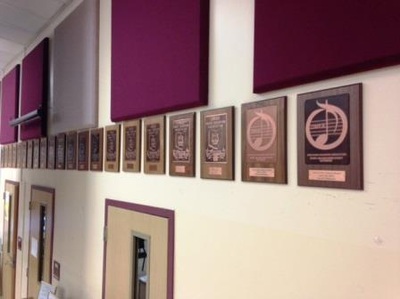 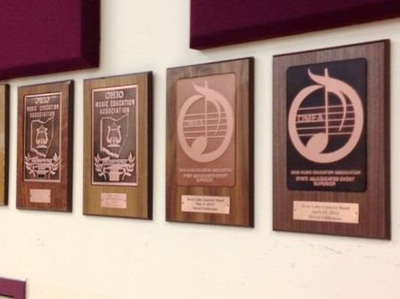 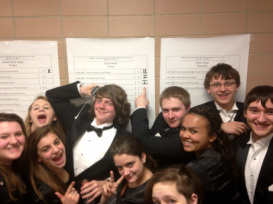