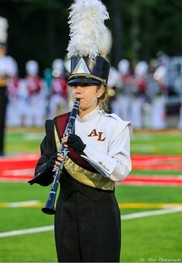 Natalie Miller is starting her senior year at Avon Lake High School this fall as the newly elected President of the high school band. Band students hold elections for officers each year prior to summer vacation with their terms effective on the first day of the next school year.
But for Natalie, her new responsibilities began almost immediately as she helped to coordinate the annual “Kick-Off” for the band on the last day of school last June. She helped organize the event and helped introduce all of the incoming freshmen to life in high school band.
“Freshmen are all expected to participate in marching band because it’s fun, it engages them in school and community service, and it helps them adjust to the demands of high school band musicianship.” Beyond that, it is an environment where freshmen get to work side by side with upperclassmen like Natalie. Students and parents see almost immediate positive changes in their children after only several days of summer rehearsals with the band. Why is that, you ask?
Take a look at what Natalie has been doing the past few years and you soon learn why band plays such a big role in preparing newly arriving students for high school. She has been recognized for her academic work in Chinese, Geometry, Precalculus, and has earned the Summa Award every year. Natalie maintains a nearly 5.0 weighted grade point average. She is a member of National Honor Society, Model UN, and Chinese Club. She has participated in Key Club and Academic Challenge. And that’s just what she does in school.
Outside of school, Natalie works at the Avon Lake Public Library, plays recreational softball, and is a member of the prestigious Cleveland Youth Wind Symphony. Natalie is the daughter of Thomas and Jennifer Miller.
According to Avon Lake High School Band Director David Eddleman, Natalie is not the only student in band who excels academically, but instead represents a familiar trend. “I always kid around saying that some of the brightest students in the building are members of the band, but actually it’s true. There’s a culture in band that respects academic achievement, diversity, and the feeling that we are family. I can’t imagine more fun or rewarding work than what I do each day with these students”, Eddleman says.
What’s next for Natalie? Well, the year ahead offers her more opportunities to develop her leadership skills presiding at meetings, serving on the Principal’s Leadership Council, and helping create awards and recognition for all of the other band members. Plus keep up those excellent grades and prepare for college. As Eddleman summed it up, “Natalie is a great role model for the band, showing others that they can combine their passion for music and the arts with high academic achievement.” 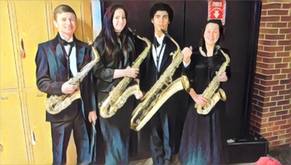 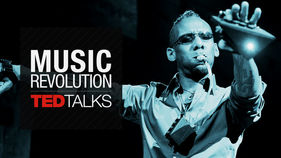 ​TED is a nonpartisan nonprofit devoted to spreading ideas, usually in the form of short, powerful talks. TED began in 1984 as a conference where Technology, Entertainment and Design converged, and today covers almost all topics — from science to business to global issues — in more than 110 languages.
How Playing an Instrument Benefits Your Brain